The Kingdom of Tonga just got bigger!

I like to sail, and have considered taking a trip to sail around the chain of islands that make up the Kingdom of Tonga in the South Pacific near Fiji, so this particular story caught my eye.

Apparently, two boats left Figi and sailed through what looked like a sand dune of pumus rock. They then realized that a volcano was erupting not too far away from them. Rumor has it that they actually discovered a new island that was just forming. 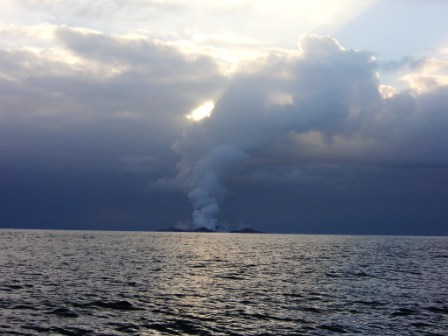